Bates Proud Of Togetherness At Hartlepool 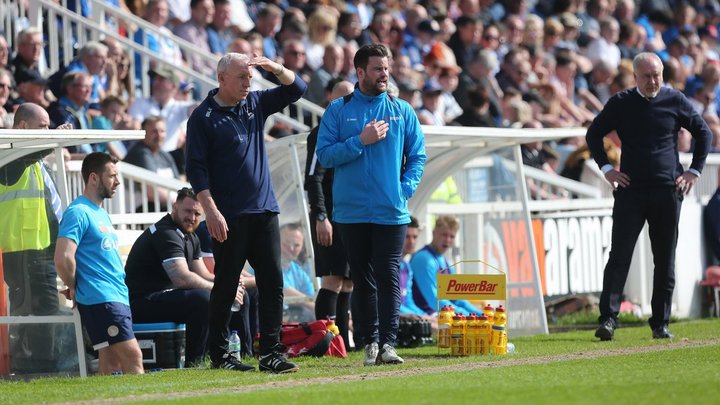 Matthew Bates says the spirit in the Hartlepool United squad has been a key reason for their safety already being confirmed.

With under a week to go until the end of the season, United can go into their final match knowing they will be in the Vanarama National League next season, writes Tom Feaheny.

“We’ve been patching people up, in the last game a midfielder is playing right-back and Ryan Donaldson is just back from injury and shouldn’t be playing ninety minutes really," Bates told the club's website.

“The lads have stuck at it; I have no complaints with the lads in there because they’ve grafted so hard.”

The effort of the side in recent weeks which has helped them confirm safety was a key feature of the group, according to Bates.

“I cannot fault the lads’ effort, there has been a lot of football played and we have got the job done in staying up."

Owers Suffers His 'Lowest Point' Ahead Of Big Summer  Gary Owers admits Torquay’s defeat to Guiseley on Tuesday night was the lowest point of his career.