Bates Delighted As Committed Pools Fight To The Very End 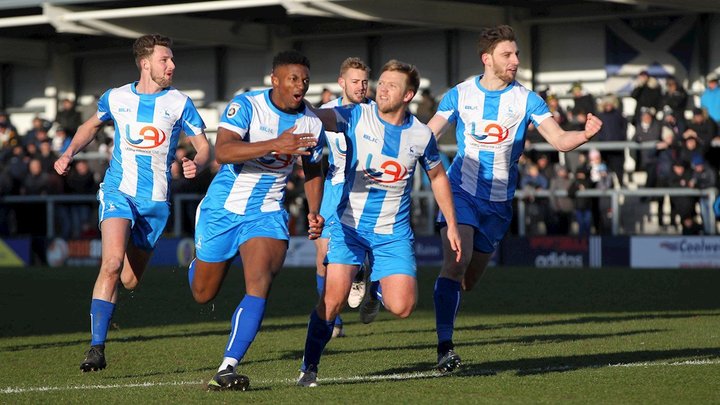 Pools have now picked up draws against Boreham Wood and Fylde in recent weeks to keep themselves three points clear of the relegation zone.

It’s been a tough few months for the club but the team are starting to show plenty of character on the pitch.

Jake Cassidy and Devante Rodney both scored fantastic goals late on to give Pools a share of the spoils and Bates was in positive mood after the match.

“It was a mad finish but I think we deserved it in the end,” the caretaker boss told Pools PlayerHD.

“They possibly had more possession than us but I think we certainly had our fair share of the better chances in the game, particularly in the first half.

“In the end, it’s a pleasing result and one we’d have taken before the game and at 3-1 down but with the spirit and the fight we showed we got a good point.

“Last Saturday you might have been able to call it a lucky point but I don’t think it was today – it was deserved because of the hard work, commitment and the way they stuck to what we’ve been working on.”

 Johnson Applauds The Desire Salford Showed As They Go Back Top Salford City joint-manager Anthony Johnson says their 3-2 win against Spennymoor Town showed the fight within the side.

Gill Gets Response As Bath Back On Play-Off Trail  After a comprehensive 4-0 victory on the road at strugglers Poole Town, Bath City manager Jerry Gill wants his side to take advantage of their position, writes Luke Turner.