Baker's In At FC United 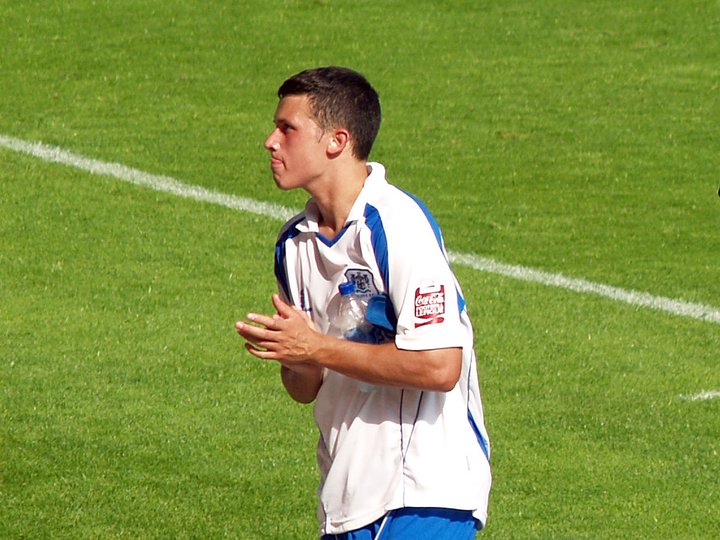 Baker, 29, began his career at Manchester United’s academy, where he played as a right-back and was understudy to Danny Simpson, which somewhat restricted Baker to much playing time. He also played alongside the likes of Gerard Piqué, Fraizer Campbell and Giuseppe Rossi during his time at Old Trafford.

Following the decision by United to release Baker, he joined Championship side Preston North End as a trainee, but failed to make a breakthrough into the first-team at Deepdale and was released at the end of the 2005/06 season.

Baker went to join Bury, and made his full debut in their Carling Cup victory over Sunderland playing as a central midfielder, and after that game established himself as a first-team regular, scoring 6 goals in 107 appearances.

He joined Oxford United at the start of the 2010/11 season, but failed to win a regular place in the team.

He left Oxford in January 2011 when his contract expired and signed for Barrow AFC where he became a major part of the Bluebirds team for the subsequent two seasons. However, he left when they were relegated in May 2013.

Baker then spent a season with Tamworth before signing for Stockport County in August 2014.

In March 2015 Baker signed for AFC Fylde and would go on to make sixty-eight appearances, scoring 17 goals.

In September 2015, he was on the scoresheet in the Coasters’ 4-0 victory over FC United at Kellamergh Park and played a full 90 minutes in Fylde’s 2-1 win against the Reds at Broadhurst Park in March 2016.

Last season Baker came on as a second half substitute for Fylde against FC United in both league matches.

 Harry Had A Hunch About First Day Return New Chester striker Harry White will head back to his old club on the opening day of the Vanarama National League season - and says he knew it would happen!