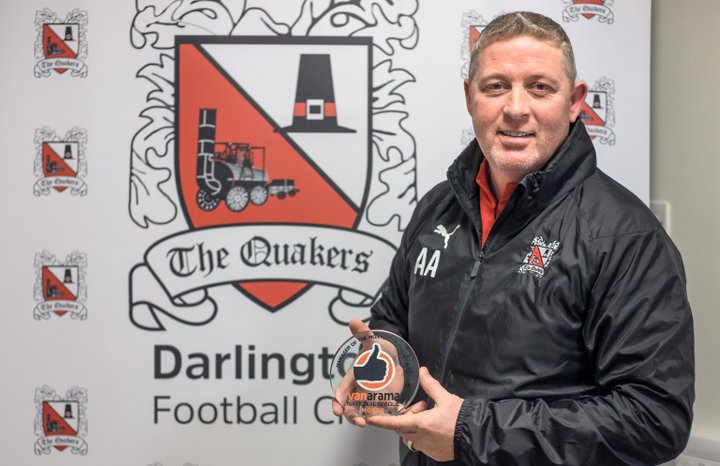 Darlington's Alun Armstrong is the Vanarama National League North Manager of the Month for October.

Some may have wondered why Alun Armstrong left Blyth after three fantastic years this summer.

He had hero status, and a team seemingly on the up. It soon became clear why Darlington moved heaven and earth to ge their man.

The Quakers boss didn’t make the immediate impact he wanted to with four defeats in August but good things come to those who wait.

Kidderminster Harriers and Boston United were put to the sword in the National League North, and their FA Cup campaign is growing legs.

A win at tricky Tamworth, having already done the business at Leamington, set up this weekend’s visit to struggling Walsall. Many think an upset could occur.

Armstrong made his name as a player in the North East and he is certainly getting management tongues wagging in the area too.

 Chip, Chip Hooray! Magic Mark Has His Bluebirds Flying If Chippenham Town fans wanted a little lift before their big weekend FA Cup moment, then they have certainly got it.