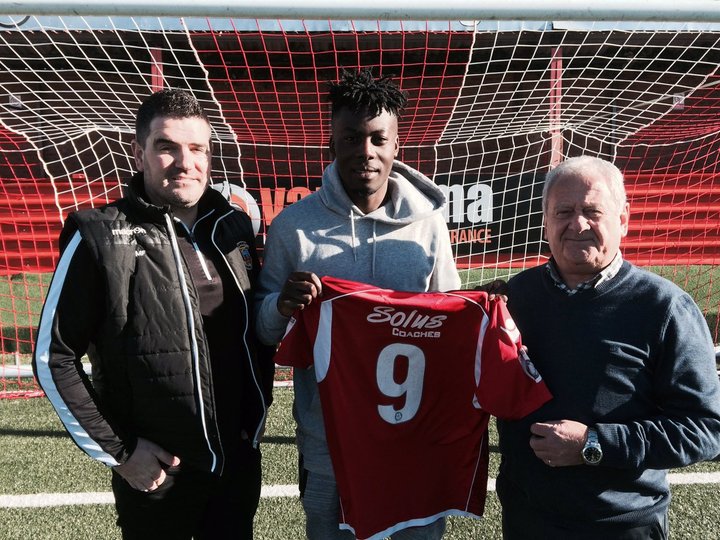 Tamworth have signed forward Akwasi Asante after his departure from SkyBet League Two side Grimsby Town.

Asante left the Mariners recently by mutual consent after joining from Solihull Moors.

Amsterdam-born Asante, 25, had been with Moors for eighteen months after arriving from Kidderminster Harriers in the summer of 2015.

The ex-Birmingham City youngster claimed the club’s `golden boot` during the 2015/16 season, helping fire them to promotion with 17 goals.

Asante signed for the Mariners in January 2017 but found his appearances limited due to injury.

In his time at the club, Asante made just nine appearances, scoring once in a 1-1 draw away at Accrington Stanley.

Most recently, he joined former club Solihull on a three-month loan deal beginning in October 2017, going on to make eleven appearances.

Young Ram Returns To Bluebirds Until Season`s End  Calum Macdonald has returned to Barrow AFC on loan from SkyBet Championship side Derby County for the rest of the season.