Armson gets his hands on Player of the Month Gong 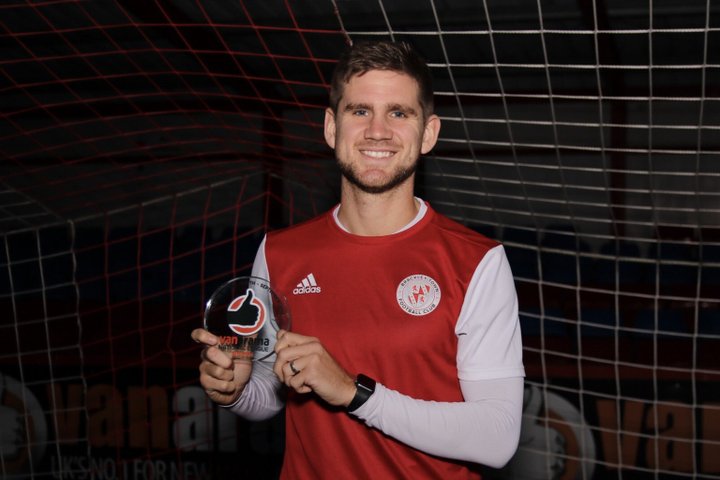 If Brackley Town are playing, chances are they’ll win, and James Armson will be on the scoresheet. Well that’s true for September, at least.

The Saints bagged victories against Kidderminster Harriers, Curzon Ashton and an 8-0 humbling of strugglers Bradford (Park Avenue) – with Armson registering in all three games.

The club’s form has seen them mingle at the top for most of the season having lost just once in their last ten league games with an unbeaten home record to boot.

This season is Armson’s fourth with the club and he’s seen more success than most with three top seven finishes and an FA Trophy on the roll of honour.

And the midfielder is once again proving to be a valuable asset to boss Kevin Wilkin, who will be more determined than ever to see Town scramble out of the MANarama National League North.

 Double Act Proving Two Heads Are Better Than One! They are the young, up-and-coming managerial pair who are actually closing in on their 500th match at the helm.

LV BET Preview: The Matchday 15 Stat Pack  Each gameweek, The National League's official betting partner LV BET provides the lowdown of the key matches across the Vanarama National League. Find out all you need to know ahead of Matchday 15.