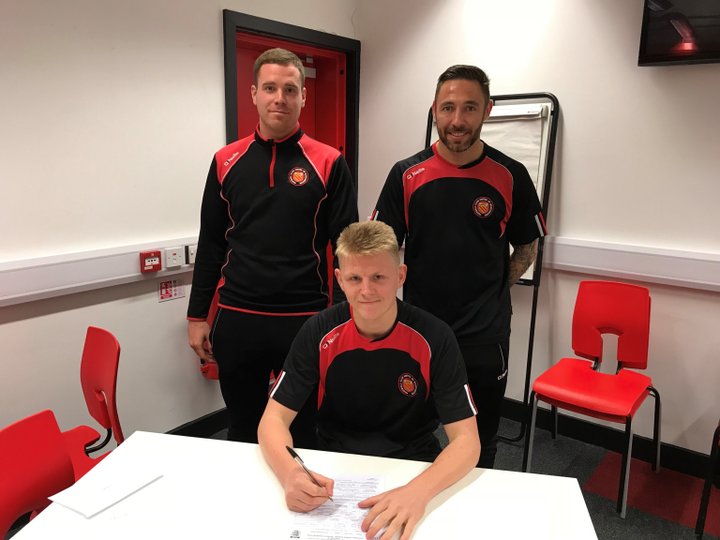 FC United of Manchester have announced that promising youngster Steven Affleck has signed a contract with the club until the end of the 2018/19 season following impressive performances in the under-18 team.

Eighteen-year-old Affleck is an attacking wing-back who has been ever-present in FC United’s youth team this season, and scored a 35-yard screamer in a 6-0 away win at Burscough in the FA Youth Cup.

Affleck joined FC United at the start of the 2016/17 season playing for FC United`s youth team alongside Mike Jones and Sam Baird, who are now both first-team regulars.

Affleck was selected as one of the substitutes away at Marine AFC last Saturday.

FC United CEO Damian Chadwick told the club`s official website: “We are pleased to add yet another talented young player into the first team squad, further demonstrating a clear pathway from the youth team to first-team”.

 Waddock Praises Fans And Players As Shots Go Top Gary Waddock hailed a fantastic effort on and off the pitch as Aldershot re-captured top spot last night at Bromley.

Kinnear Thinks Week Break Doing Side Good  Dover Athletic boss Chris Kinnear says his side having a seven break from competitive competition after two losses will help his side.