Another Striker For The Heed 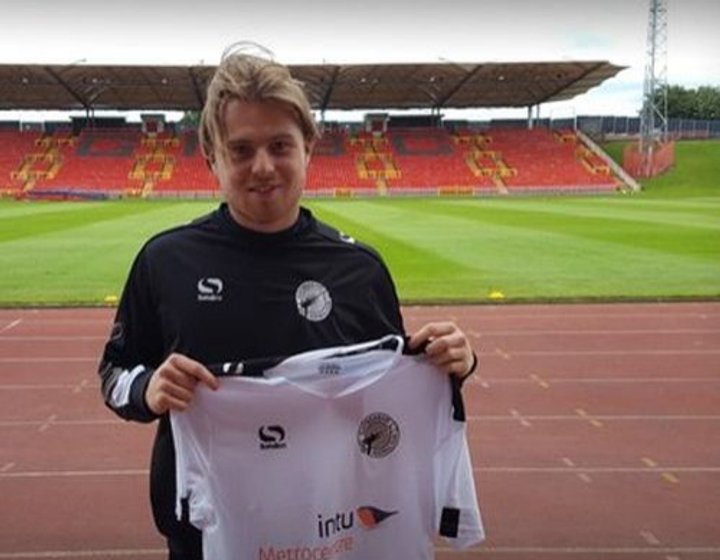 Gateshead have completed the signing of 21-year-old forward Jordan Preston on a one-year deal following the end of his contract with league rivals Guiseley AFC.

The former Scotland under-19 international arrives at the International Stadium after scoring 7 times for Guiseley last term as the Lions maintained their National League status in sensational fashion, thanks to a last-gasp equaliser from Danny Lowe on the final day of the season.

A Blackburn Rovers academy graduate, Preston has already joined up with his new team-mates and is looking forward to the season ahead.

He told Gateshead-FC.com: “It feels really good to be here at Gateshead.

“It`s a good opportunity for me coming back to full-time football and that was a big factor in coming here.

“Neil Aspin has spoken very highly of the club and our ambitions for the coming season, so I think it`s a good club for me and I`m very happy to be playing here.”

Preston`s arrival means that boss Aspin now has six forwards at his disposal going into the new season, with Jordan Burrow, Danny Johnson, Wes York, Macauley Longstaff and Richard Peniket all vying for a place in the starting XI.

 Aldershot Launch New Community Foundation Aldershot Town’s new Foundation will seek to work with every local charity and community group in the area to reinforce the club’s position at the heart of the community and make a difference through the power of football.