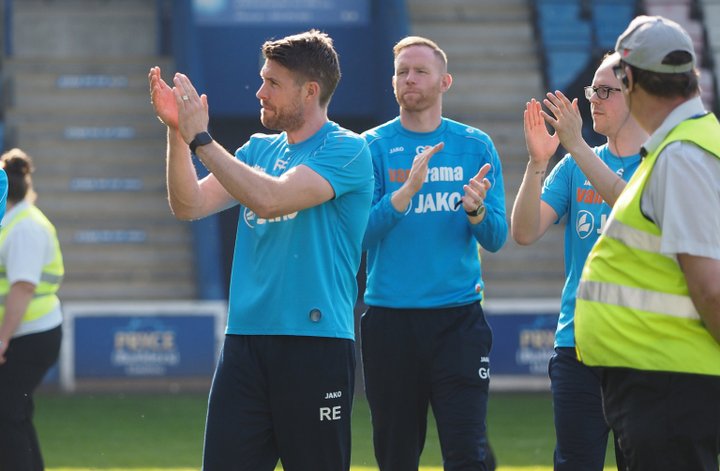 AFC Telford United boss Rob Edwards hopes the club can go full-time next season to compete at the right end of the National League North.

It has been a tough first campaign in charge for Edwards but their recent run of four wins in five games secured their status for next term.

The former Aston Villa, Wolves and Blackpool midfielder now wants the Bucks to take the next step.

He hopes they will be able to follow the lead of others in the National League North by moving to a full-time model and “really having a go”.

“Consistently, throughout the season we've had 12 to 14 of the players, a good chunk of the players, in on a Monday and Friday as well,” Edwards told the Shropshire Star.

“We get an hour or so of training in on those afternoons, which is great. The ideal thing for me would be to go full-time and really have a go.

“Obviously that's a bit budget-dependant. Hopefully, we'll be sitting down and having some meetings in this next week, seeing where we're going to be at.

“I'd love that to be the case and I'd love to be able to announce it, but we're not there right now.

“What I will say is that there is a real nucleus, a tight group there, who have been getting results at this level under real pressure. I don't think we're a million miles away from a real half decent team."