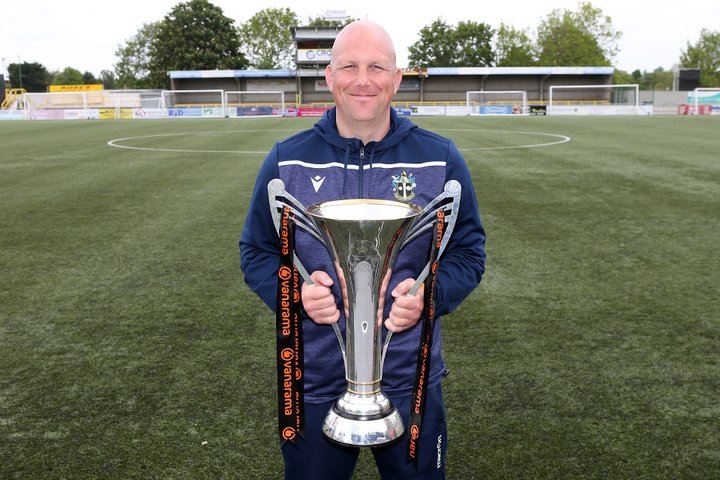 Sutton United boss Matt Gray has won the Vanarama National League Manager of the Year award for the 2020/21 season.

The 39-year-old guided the U’s to an unlikely promotion to the EFL for the first time in their history, securing the title on the campaign’s penultimate weekend.

Gray’s side held a four-point lead at the top as the curtain came down on the league, with attention now turning at Gander Green Lane on a new chapter in the fourth-tier.

Speaking on his achievement, the humble Gray said, “I’m honoured and delighted to win the Manager of the Year award.

“You say the ‘Manager of the Year’; I think it just goes to reflect the hard work at this football club. It's not just me- I couldn’t do it without a lot of people behind the scenes here.

“Jason Goodliffe, my assistant, has been my best signing. He's been absolutely amazing and a huge support to me.

“I’d also like to thank the rest of my staff, the players, supporters, sponsors and Board of Directors, whose time and effort got us into this wonderful position”.

The Londoners ended the Vanarama National League season with more goals than any other club, plus the second-best defensive record and home points tally.

In the matches played in the second half of the campaign, no side achieved more points than Sutton United, who showed their championship-winning credentials throughout an unforgettable campaign.

All Eyes Are On Two Huge Play-Off Semi-Final Sizzlers!  Ashton Gate is so close all four can almost reach out and grab it, but who will be bursting into Bristol next Sunday? We’re about to find out.