Ainsley Says Defending Cost Side As Moors Lose At Telford 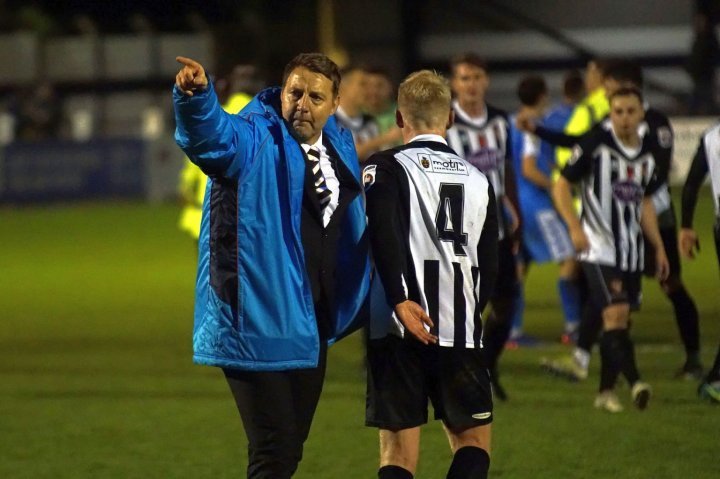 Spennymoor Town boss Jason Ainsley says his side did not deserve anything from their game at AFC Telford United.

Despite leading 2-1 at half-time, the Moors left with nothing after a 3-2 defeat.

"We were comfortable, but we gave a goal away with a set-piece, you can't go away from home score two goals and not win," Ainsley said.

"You don't deserve anything when you concede the goals like we did.

"The amount of games didn't cost us, it was the defending, the league we are in is tough, you compete against top team, you can't just give goals away like that."

Ainsley says the ambition of the club is simple as they get ready to face Alfreton Town on Saturday.

"The aim is the play-offs, we have been there all season, ultimately, you end up where you deserve to be.

"We normally end the season strongly, it is a quick turnaround to face Alfreton but we go again."

 Saunders Applauds One Of Best Stones Performances Maidstone United boss Jay Saunders says everything clicked for his side as they beat a team going for promotion.

Edinburgh Wants O's To Build On Previous Huge Win  Leyton Orient boss Justin Edinburgh says their recent home win is something they must use in future matches.