Ainsley Devastated But Proud As Moors Just Miss Out 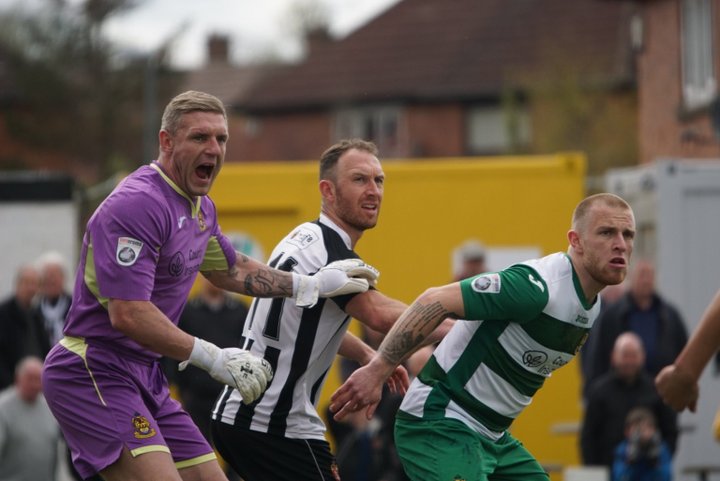 Spennymoor Town boss Jason Ainsley says his side did all they could on the last day of the season as they missed out on a play-off place.

A 2-1 win against Southport looked set to see the side reach 7th but Bradford Park Avenue won late on knocking them down to eighth, writes Tom Feaheny.

“It was an incredible end to the season, with four teams in with a chance to get that play-off place,” Ainsley told the club’s website.

“You can’t question the commitment of the players, we did our job on the day beating a team, who played without pressure.

“There have been a few tears shed, it has been a season we are all proud of, we didn’t lose it today it was the goals we conceded.

Ainsley says he is proud of what he saw throughout their first season in the Vanarama National League North campaign.

“This is tough for us now, we went up and knew we were close to getting into the top seven.”

 They're Up For Sale! Donald Is Ready To Sell The Spitfires Eastleigh have this morning been put up for sale, the club have confirmed.

Gray Urges For Patience Ahead Of Hectic Summer  Martin Gray has vowed to put things right at York City and intends to build his own squad capable of winning promotion.