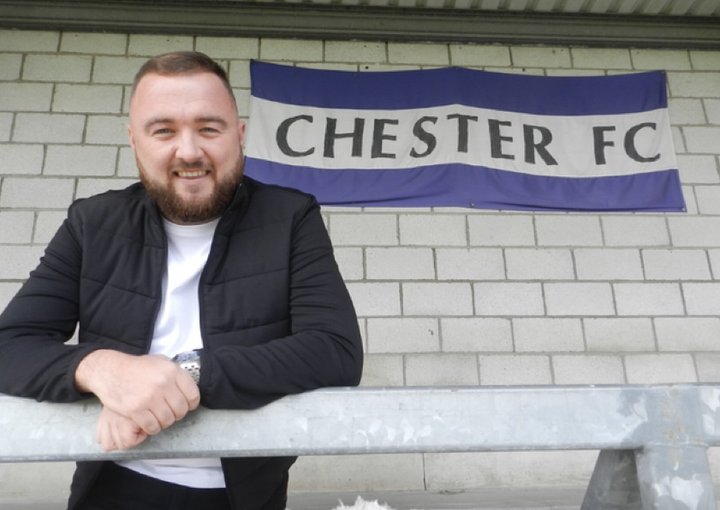 Chester have promoted from within after confirming the identity of their new a manger.

Calum McIntyre will step up at the age of just 28 as the highly-regarded academy coach gets the top job.

The manager will leave Runcorn Linnets to take the role at the Deva Stadium and will look to guide the club towards a National League North promotion position next season.

He replaces Steve Watson, who left the club at the end of the season.

He has put pen to paper on a two-year deal and will get down to work shaping his squad for the new campaign.

Chair Kieron Shiel said: “I am absolutely delighted to be appointing Calum to the role of First Team Manager.

“He was the standout candidate in an extremely strong list.

“I feel this is the right time for him and a very exciting time at the club as we move to daytime training at the KGV, recent strengthening of our board and the appointment of Georgina as the new General Manager.

“I really feel there are a lot of pieces now beginning to drop into place and Calum has been, and will continue to be, an even bigger part of that jigsaw.”

 Unibet's Vanarama National League Matchday 46 Preview The climax of the season is finally here - so who will keep their cool in the heat of Sunday’s title inferno?